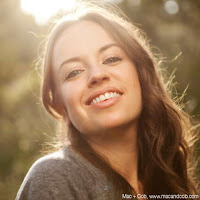 Recently, I wrote an opinion piece on Ruby Roth’s new book, Vegan is Love: Having Heart and Taking Action. I hadn’t read the book, but I was surprised by all the controversy surrounding it. Why wouldn’t vegan parents want vegan books to read to their children? And why would non-vegan parents care?

The response to the post was wonderful, and I was able to connect with readers, both vegan and non-vegan, who are supportive of Ms. Roth and her work. I’ve also had a chance to read the book myself, and have found that it deals with the issue of animal rights in a very sensitive and child-friendly way (my full review of the book is coming soon). Ms. Roth was kind enough to take some time to talk with me about her book and the controversy surrounding it, and I am excited to share our discussion with you!

Tell me a little bit about yourself.

Currently, I am a full-time author, illustrator, and activist, as well as the woman of my household and a step-mom to a 7-year-old girl. I have two degrees, in American Studies and art. By creating children’s books, I’ve found the perfect way to meld my interests in politics, justice, art, and activism.

Why did you decide to write Vegan Is Love?

For years everyone has been chanting “hope and change,” but it’s clear we can’t rely on our leaders, CEOs, or major companies to fix anything—the environment, our food, the economy, or our health. Instead of worrying or “occupying,” I decided to write a book for a new generation who will need to think, eat, and treat the environment differently if we are to fix the world’s problems. Vegan choices—because of their positive impact on the public realm—would revolutionize our country’s health, landscape, economy, and our impact on the rest of the world. And all we need in order to begin is ourselves.

Kids can’t make choices if they don’t know there are any. When children have the information they need to make educated choices, they choose wisely—for health, animals, and the environment.

After reading the book, I am surprised by all the controversy surrounding it. Were you expecting this kind of reaction to Vegan Is Love?

I expected some, from people unfamiliar with the vegan lifestyle. Although there are nations of people who have thrived on plant-based diets throughout history, veganism is still relatively new to the mainstream—for some, it’s unheard of to abandon the standard American diet. But regardless of the controversy, I’m thrilled there is a national discussion taking place and that more eyeballs are being drawn to the vegan movement, period.

Why do you think the media has reacted in this way?

From years of case analyses, I’ve come to the conclusion that the majorityof opposition to veganism boils down to fear, unawareness, and industry collusion. I don’t expect mainstream media to applaud my book—their major sponsors are pharmaceuticals, fast food, and the meat and dairy industries. But the controversy has just proven that many people are unaware of the link between chronic disease and consuming meat and dairy, as well as their consent in the relentless abuse of living beings and the environment.

In addition, the western concept of childhood sees children as innocent, frail, and pure, so people try to protect kids from the “adult world” by sugarcoating or avoiding truths. But my experience working with kids as a teacher, as a step-mom, and now as an author of children’s books, is that by adhering to this thinking, we end up hindering what kids are capable of. We don’t give them enough credit for their insight and ability to handle reality and make decisions. The path to a greener future requires engaging youth in honest discussions. The most important lesson is that they don’t have to fear anything they have the power to change.

You’ve written another book about veganism and vegetarianism for children, That’s Why We Don’t Eat Animals. Was there similar controversy over this book?

While it was welcomed into the worldwide veg community with tremendous support, it also met with its share of controversy. It was called “brainwashing” and “propaganda” by people unfamiliar with the vegetarian/vegan lifesyle—as well as Farm Bureau CEOs. But the families around the world who are raising vegetarian/vegan kids know better. It is currently being translated into multiple languages.

I’ve seen many psychologists and child development experts give their opinion on the book, but it seems that the media is largely ignoring your perspective and reasons for writing the book. Has that been difficult for you?

It’s true, I’ve had to spend most of my time defending the existence of veganism rather than discuss the motives and content of the book. But it is typical of people in power to draw focus to what will be divisive and distracting to the public rather than what might draw a unified response to the root of the problem at hand. It is the divide-and-conquer technique. As long as people are given reasons to fear or doubt the benefits of veganism, they won’t question what they’re eating or participating in. Standing up for what I believe in is not difficult—it is the power I have as a free human. Farmed animals, however, are not free, and when opposition gets trying, I just keep them in mind.

What has the fallout been from this controversy? Has this experience been a negative or a positive for you, both personally and professionally?

I’m thrilled personally and professionally that a public discussion about children and veganism is taking place on a national scale. It may seem that Vegan Is Love is getting a lot of negative press, but the support has been tremendous, coming from a broad range of people—from military men to moms, militant vegans, and even meat-eaters who are intrigued. No matter what the fallout is, I feel privileged to be able to speak my mind, stand up for all living beings,  and represent a vegan voice in the media.

My thanks to Ms. Roth and Evolotus PR for this gracious interview. You can connect with Ms. Roth on her blog, We Be Vegan, or on her Facebook Page.
Tweet

2 thoughts on “Interview | Ruby Roth, Author of Vegan is Love”

South Asia is used to describe the region of Asia that includes the countries of  Afghanistan, Bangladesh, Bhutan, India, Maldives, Nepal, Pakistan, and Sri Lanka. The region is home to...

In a society that tells people they have to be thin to be happy and successful, it's no wonder so many people think that there is something wrong or unhealthy about being fat. Being fat does not...